Frisian sculptor Pier Pander (1864-1919) was a celebrated artist in Rome. Pander is a representative of 19th century Academic Art, that was influenced by the French Académie des Beaux-Arts. Another Frisian member of this style is Sir Lawrence Alma-Tadema, a painter of special British denizenship.

In the Netherlands Pander is most famous for his portrait of Queen Wilhelmina (1880-1962), which was depicted on the Dutch currency of the day. Pander received this commission in honour of  Wilhelmina’s inauguration in 1898, as recognition of his status. 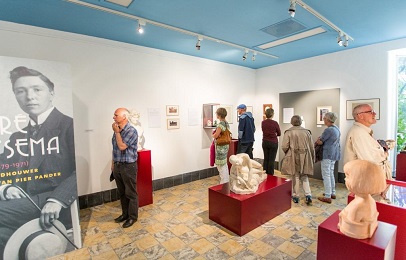 The Pier Pander Temple is closed until further notice.